We are a small local church situated in the Belle Isle/Hunslet area of South Leeds and run mostly by volunteers. We are an independent evangelical church, with no affiliations, made up of people from all walks of life. We meet in our own building and have been telling the good news about Jesus to the area from our current site since 1968. We added an extension to the building in 2012. 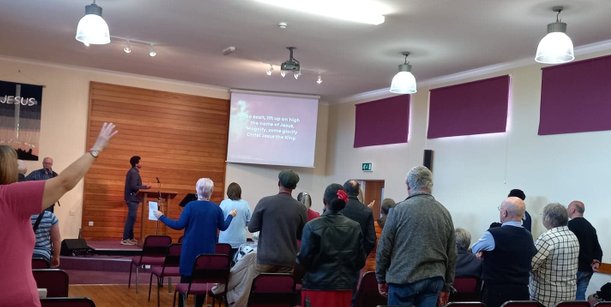 In the 1940s the minister of Hunslet Baptist Church lived in a manse on East Grange Drive. A new council estate was built opposite and he invited children into his home for meetings - this eventually grew. The Rev. Wooster asked the church for a smaller manse and proposed his home become East Grange Baptist Church. It officially opened in May 1953.

During the 1960s controversy broke out in the Baptist Union of England and Wales over the person of Jesus Christ.

This led to many Baptist churches withdrawing from the union, East Grange being one of them. As they had to vacate the building they looked around for land on which to build.

Across the main road on West Grange Drive was such land. Through the guidance of God sending a qualified building manager to lodge with one of the East Grange deacons West Grange Church was built.